When Google+ launched in 2011, it did so with the great expectations that it would compete with Facebook. It quickly reached a million users and within a month had grown to a user base of 25 million.

It wasn’t just the social aspect that saw businesses and marketers fast to adopt the platform, it was once proclaimed in most circles that ‘Google+ was the best social network to be on, and it could give your SEO a boost’.

By 2014, Google+ was boasting 540 million MAU (monthly active users), but rather than users spending time on Google+ – the ‘active users’ were on other Google products such as YouTube, which a Google+ profile was needed in order to contribute to the YouTube community. This relationship between the two was of course severed in 2015.

2015 was also an interesting year for Google+, before it’s facelift and redesign in November, G+ entered a period of ambiguity. While Facebook and Twitter were going from strength to strength, enhancing their user interfaces, improving their video offerings and analytics. The only thing, however, that G+ gained was doubt, and questions about the platforms long term validity. Google went about trying to answer these doubts and split the platform into two separate parts, photos and streams. From these announcements speculation mounted as to whether or not it would be discontinued, much like Google’s previous forays into social media.

So the question, should marketers and brands continue to spend time and effort sharing content to, and being active on Google+? Or should they focus on other channels such as Facebook, Twitter, and This? The answer is yes, yes to Google+. It still has 20 million unique MAU, which isn’t to be sniffed at, but there are many reasons why you should keep Google+ part of your plans.

This is a relatively new feature to G+ and allows users to create a page, within a page. Customise it with a name and header image, and from here you can post content about specific topics in one place – very similar to how on Pinterest you can have different boards for different topics.

This is a great way to segment your content, rather than sharing to a wide, un-targeted audience. Collections also enable you to save posts for future reading, similar to Facebook. This opens up a layer of social sharing – users have the ability to create private communities that only they, and other select members, can share posts within.

Any Google+ user can curate and view collections that have been made public, G+ also has a ‘featured’ wall for the more popular collections: 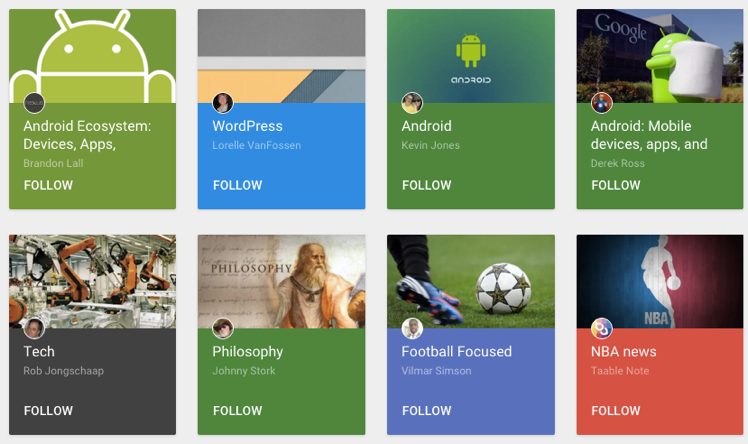 Collections are also indexed by Google, so this offers another opportunity for you to claim another piece of real estate on the search engine results pages.

A very useful tool that enables brands and content producers to record and stream webinars (despite the fact that it too was decoupled from Google+ along with YouTube). If video and vlogs are a part of your marketing strategy then this feature cannot be ignored. You’re able to promote your planned hangouts via your G+ page (and other platforms). 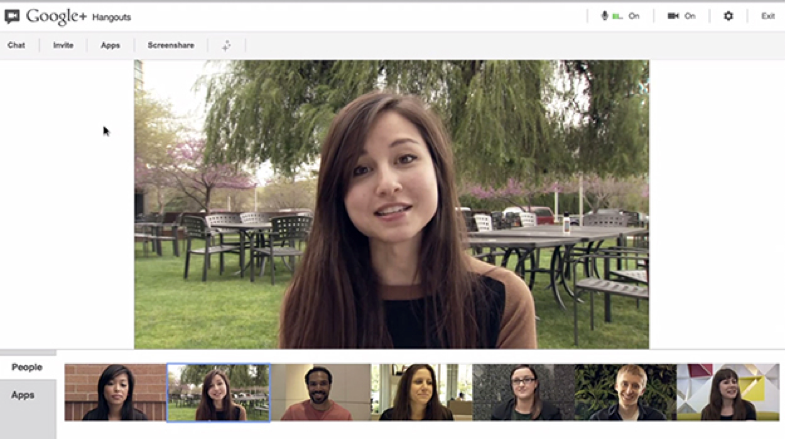 Hangouts are great for product Q&As and building brand awareness. Steve Jobs changed how brands introduce products to the market with the infamous Apple Keynotes. Holding your own digital versions and involving your diehard brand enthusiasts will only lead to further engagement.

It also doesn’t matter if your fans aren’t able to view the Hangout live and participate, because at the end of the Hangout you are able to save the video and then host it on YouTube and then embed it on your site. It’s a known fact that Google likes websites that have different types of media on them, so why not add your product Q&A to your product pages and enhance user experience.

It’s a well known fact that Google integrates Google+ content into it’s search results pages. It’s common to find a brand’s Google+ page within SERPs. If you’re logged into your Google+ when you search – you’ll see additional G+ posts from accounts that you follow, if their post relates to your search query. The key takeaway from this, is that G+ has some influence on the results that it presents users.

Publishing your content on G+ with links back to your site is a good way to drive traffic to your site. One reason being that Google+ posts appear in the search results. Now there is the argument of “does Google actually favour G+ posts over Facebook etc?”, well, my stance on this is yes, and this is partly down to a statement made by Luke McKend of Google (South Africa):

“It’s not that we favor Google+, it’s just that we are unable to get data out of other social media sites such as Facebook. It is a commercial issue between Google and those social sites. If we can’t see the data, we can’t use it as part of the search rankings.”

Google My Business/Local Pages are an integral marketing tool for any business that wants to acquire customers online and has one or more physical retail stores or service centres. These pages are fully integrated into Google search results and can often appear in position one as a call out box. Strengthening your G+ profile will also strengthen your authority, which again will further assist your organic visibility.

For example, I’m planning to go to Budapest later this year and I’m now researching the more detailed things about the city, such as restaurants and tours. When I type into Google ‘tours in budapest’, below the PPC ads I’m presented with a local results callout box:

I’m instantly drawn to the Free Budapest Walking Tours listing because of it’s stars and without even looking at the map, I’ve subconsciously decided that ‘My Personal Budapest’ may not be for me. Now, after reviewing the first two sites and maybe opening some more sites in tabs, I might find that ‘My Personal Budapest’ is the company and service I want – but it may not, I might find everything I need and want on the first site I click on, the site that caught my attention.

Getting that first click is important and having a strong presence in local search results can be critical to your online success.

2016 will be an interesting year for the platform, after the decoupling of G+ and other Google products in 2015, most marketers have been left feeling anxious and unsure as to what the future holds. However the fact that Google invested in revamping the platform in November 2015 makes me think that it still has a long term future.

How do you use G+ in your marketing strategies? Share in the comments below! 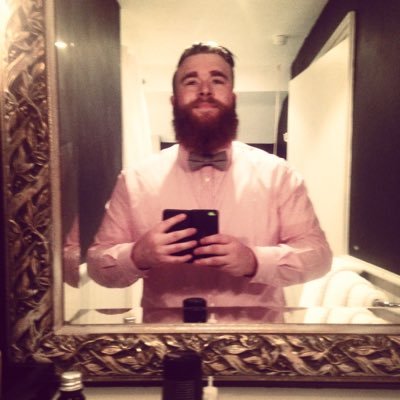 If you have any questions about any of the points I’ve covered in the article, or would like to chat about how your brand can make the most out of Google+ and other Google products, please feel free to reach out to me via Twitter: @danny_taywitter or you can contact me through my blog.