OK, maybe you’re not in show business, and Hollywood may seem a million miles away. But a fascinating trend has emerged in the arts, one that might give you a new slant on your business. Put aside notions of actors surviving as waiters so they can show up for auditions. You’re about to meet Michael Simpson Jr., a new breed in the entertainment business. Let’s see what we can learn from his business model.

The odds are against anyone who enters the film business. There’s not much of a middle class among actors. As you know, only a few make it big. The rest struggle for a while then move on to other pursuits.

Like thousands of others, Michael struggled when he first arrived in Los Angeles, learning the ropes, building his resume and getting to know the right people. He wanted to find a way to prosper as he developed his show business career.

He didn’t settle for low-paying menial jobs. Instead he leveraged his skills and resources. For example, he discovered that he was a good networker, a skill he needed in order to find acting work. So he joined a sales organization and started building his own sales team, creating the largest sales force in the company.

Thanks to talent, strong desire, and survival instincts, Michael began to get more and more acting work. He wanted to help others succeed, so he started a coaching service to give actors insider knowledge of the film business. And he taught the principles of online business — principles that can help promote an acting career or any business.

Getting serious about marketing

Professional skills are just the beginning. Yes, you must be able to deliver on your promises, whether that means fitting smoothly into an ensemble of actors or closing a sale. Equally important is the art of marketing  — the skill of telling a story that resonates with your audience and spreads.

The good news is that you no longer have to rely on newspapers, trade magazines, and other major media outlets to tell your story. Web technology gives anyone a place to explain their skills and experience. For Michael, this means he can showcase all of his businesses in one place.  And for a do-it-yourselfer who is willing to learn, the costs can be reasonable. 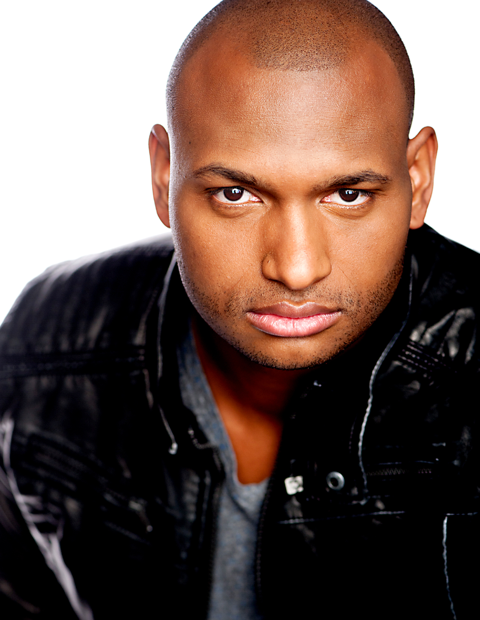 Not so long ago, networking was a long and arduous process. Today, social media puts the world at your fingertips. Michael uses these tools to reach out to those who are traveling the same path and help build a community. As in all things, success builds on success. As you develop a reputation for helping others, more and more people reach out to you for help. Your network and your opportunities grow along with your reputation.

When Michael was looking for an email marketing service, he took time to survey his choices. GetResponse emerged as the clear winner because it gave him everything he needed: tools for creating great-looking emails fast and an accurate autoresponder for delivering on schedule.

In only 60 days, Michael boosted his open rates by 300%. Now he has put his marketing on autopilot, knowing that every new subscriber will get the same great introduction to his business. And when he has questions, he knows he can rely on GetResponse customer service for fast, accurate answers.

Michael is not only a fine actor, he’s also a musician, and rapper … oh, and an exceptional basketball player too. You never know what might catch the eye of an influential person, so Michael puts everything out there. On his website, you can watch a video of him in a live performance at a music club. Or see him on the court, slam dunking a basketball and hitting three-point jump shots. (The basketball video earned him a spot in a Nike commercial.) And he is open about the fact that he supplements his acting income with his sales skills. It’s all about being everything you can be.

When Michael first made his move into show business, he knew it would be a difficult journey. But he was determined not only to build a career but to find an enjoyable way of life. This meant using skills he already possessed and learning new ones too. Sure, it was a lot of work, but work he believed in. So he committed himself wholeheartedly — and encourages other ambitious people to do the same. There just aren’t any shortcuts to success.

What’s the takeaway for your business? In the eyes of the world, your online profile is the best and quickest way to get to know you. Smart entrepreneurs (and big businesses too) have become publishers. They tell their story using blogs, emails, video, images, and social media. The tools are easy to use and more affordable than ever. We’ll be watching Michael’s profile to see what happens next. We can’t wait to see how far he’ll go.

Do you have a fascinating success story about your experiences as a GetResponse customer? Just send your write-up in an email to testimonials@getresponse.com. Who knows? We may decide to share your story with the world!