When you think of trend-setting technology, you probably don’t think of coupons. Most of us associate coupons with newspaper circulars and scissors. Coupons are old school. They’re about as high-tech as a soup can. But there’s another side to coupons, and it’s way more interesting than you’d think.

Humble little coupons have sold billions of dollars of stuff over the last few years. And while we might not think of coupons often, everybody uses them. 96% of shoppers used a coupon at least once in 2013, according to Inmar Marketing’s 2014 Coupon Trends Report.

There are two basic kinds of coupons – the printed coupons we all know so well, and digital coupons. Most of the coupons issued are still the traditional printed type, but digital coupon use is rising.

Digital coupons break into two categories: Print at home and digital paperless coupons. Digital coupons are sometimes also called mobile coupons or ecoupons. According to Inmar, Americans printed out 1.27 billion print at home coupons in 2013. They redeemed 145 million of those printed coupons. For paperless coupons – mobile coupons, also called “ecoupons” – retailers offered more than 1 billion of those, and American consumers redeemed about 66 million.

But that’s just the tip of the iceberg. Digital coupon use is skyrocketing. This graph from Statista shows how many digital coupons users there were recently and how many there are expected to be soon. 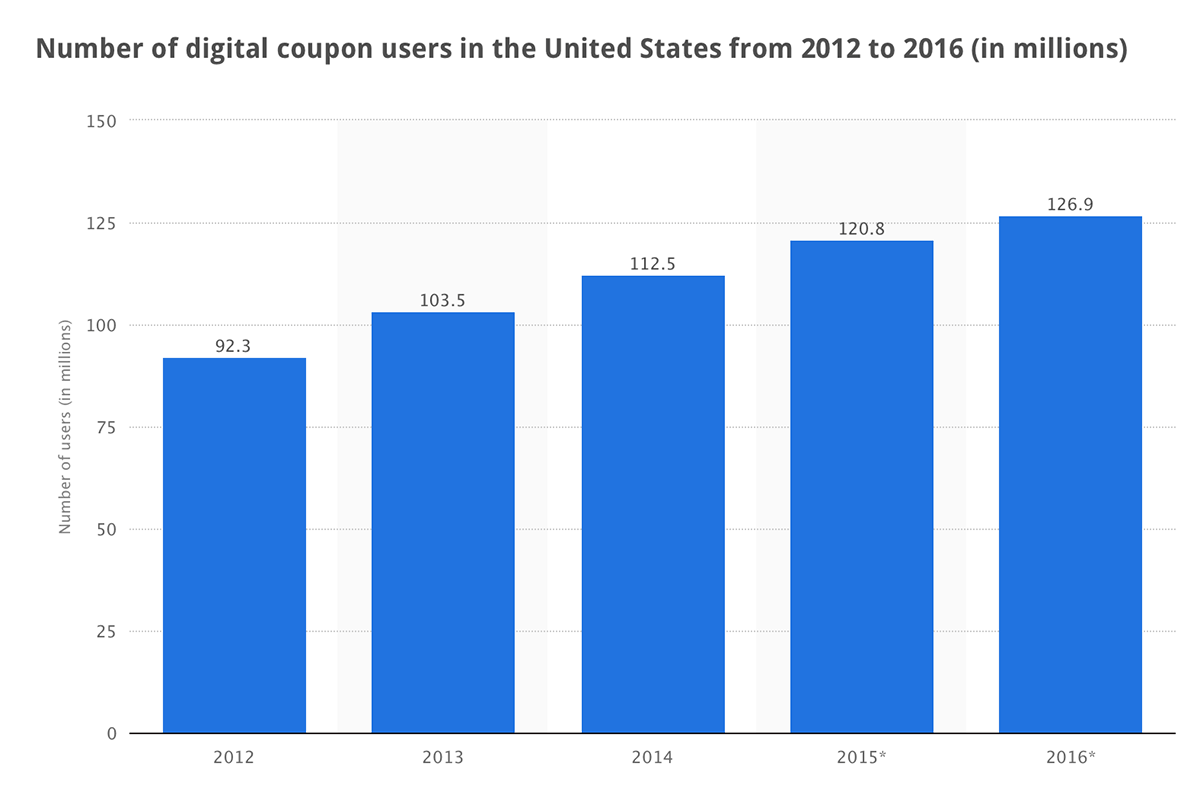 That graph shows some fast growth, but consumers actually wish it was faster.
42% of consumers wish all coupons were digital, again according to the Inmar report. eMarketer reports a similar trend in how many people are using digital coupons, but eMarketer goes a step further. They tie digital coupon use to mobile devices, as shown in the graph below: 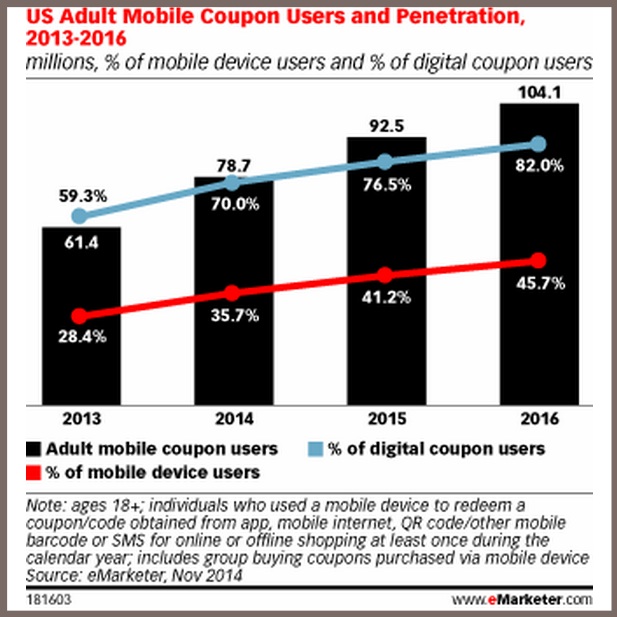 Digital coupons and email marketing have another thing in common: They’re both unusually effective. Mobile coupons spur both in-store and online sales, which makes them attractive for multi-channel retailers. But here’s the real jaw-dropper: Consumers are 10 times more likely to redeem mobile coupons than printed coupons. That’s according to Borrell Associates’ 2013 Local Promotions Forecast report.

Don’t dismiss coupons as something just for grocery stores, either. About half of coupons are used for food and beverages. But online retailers who sell apparel, health and beauty supplies and electronics could do well with coupons, too, as shown in this segment from the “Consumer Preferences and Behavior” infographic from ScanLife. ScanLife also found that coupons are a great way to get people to try new products.

Here’s where coupons get really interesting for email marketers. These new digital coupons aren’t coming through newspaper circulars. Most of them are coming through email. That’s fine with consumers – it ends up most people want their coupons sent by email (this chart is from the Inmar 2014 Coupon Report):

How to create a QR code in your GetResponse account

Your GetResponse account has a QR code generator that you can use for free. Here’s how to use it:

2) Choose “Integrations” from the pull-down menu.

3) Select “Multimedia Studio” from the left column on the next screen. 4) You’ll see the page below after you click. Click on the far right tab that says “QRCode”.

6) Choose the URL where you want to send people. Then choose the size of your QR code. In the last field on this page, specify a name your QR code. 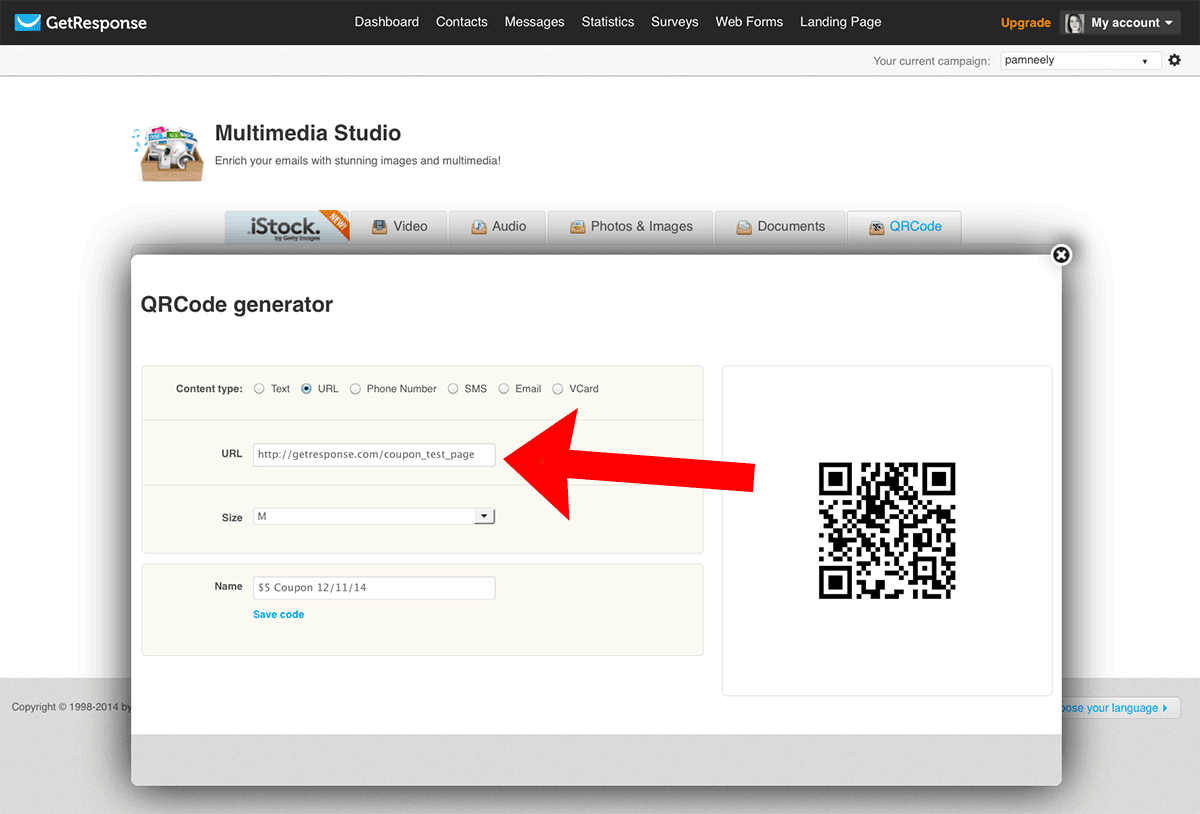 When you’re done, click the blue “Save code” link.
7) You’ll see a confirmation pop-up letting you know your new QR code was saved. 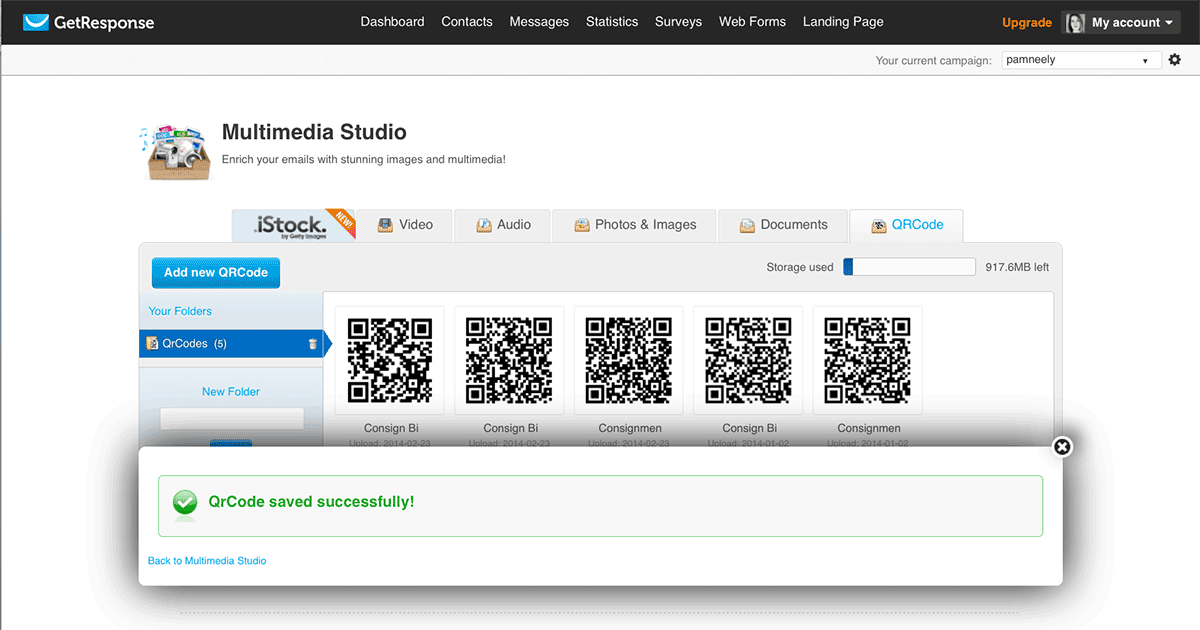 8) You new QR code will appear on the left on your QR code dashboard. Use your new code in your emails, just like any other image.

So now that you’ve got your QR code, what do you do with it?

1) Offer a coupon as a lead magnet.

This is as simple as it gets, but there’s no need to overcomplicate things. All you brick and mortar retailers and service businesses can skip a free report, or written lead magnet. Just offer a coupon.

2) Offer a coupon in a shipping confirmation email.

What better way to entice a customer to place another order with you than to offer them a discount on their next order? The placement and timing of this shipping confirmation offer is especially smart. Transactional emails get opened up to three times as often as promotional emails.

3) Offer a coupon in a review request email.

That’s the followup email you send after the customer has received their order and has had a few days to try it out. Testimonials are worth their weight in gold. Whether you want a review for a product, or a testimonial for your services, you can offer a coupon in exchange for some feedback.

Service businesses take note: It may be better to ask for “feedback” than a testimonial if you’re offering a coupon. The coupon can be interpreted as a bribe. While it is a bribe to get people to tell you what they think, it shouldn’t be a bribe to get false testimonials.

4) Offer a coupon the customer can give to others.

Word of mouth is one of the most powerful forces in marketing. Give it a nudge by offering a coupon people can give to their family and friends.

5) Offer a coupon people can print.

This is the low-tech solution. Just send people an email with a coupon. They can redeem it either by printing it, or by showing it on their phone. Like this: 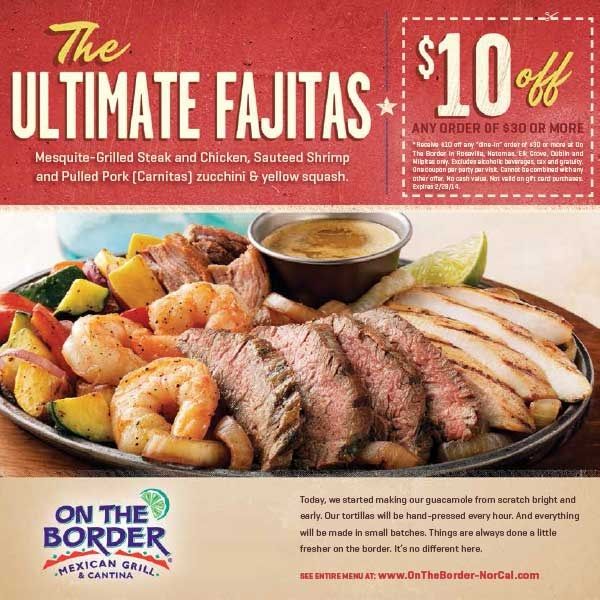 6) Use coupons in your email remarketing.

Those are just some starter ideas. I’m sure you can think of more. Could you share even one idea with us in the comments? We’d love to know what you find works best for your business!