Before I had a kid, I thought working in social media was one of the toughest jobs out there. And while I still think it’s by no means a piece of cake, some things I learned over the past two years made me reconsider it’s place in the order of things.

We (as in Community Managers and Social Media Experts) all know it – managing an online community means great responsibilities: always being on call, never being able to put your mobile phone away for more than 15 minutes, dealing with difficult situations and upset customers all the time. Basically, not really having much of a private life as your job won’t let you forget about it. Could there be anything more demanding?

I didn’t really think there were a lot of other jobs that require such “on call” duty (aside from obvious things like being a surgeon for example). And then I had a baby*.

First, a newborn that takes all your attention and turns your days and nights into a homogeneous string of intertwined nursing and napping. Then your kid grows into a toddler that requires all your attention so that he doesn’t hurt himself falling down the stairs or whatever it is he’s now planning to do. And still not necessarily sleeping through the night, either. AND then he reaches the age (and mindset) of a “terrible two”… and that’s when you’re pretty sure managing your communities is an easy job you’re happier than ever to be doing.

Suddenly, social media becomes the easiest thing you’ve had to deal with (And, I truly believe these words as I type them and my son has been whining and screaming for half an hour because he wanted something he couldn’t have).

*Disclaimer: I love my son and I love my job and this post is not meant to discredit either. What I hope for it to do is to make you smile the next time you’re dealing with a “situation” in social media in the middle of the weekend, knowing it’s not that bad after all 🙂 (And also, if you’re a mom of a “terrible two”, you might be just a tiny bit relieved to know it’s not just you.)

Let me show you a few examples:

Your time is not technically “yours”

As a Community Manager, you know that pretty well: constantly looking at your phone, even when you’re out socializing. Having to reply to a very important tweet while you’re having dinner. There’s always that persistent thought in the back of your head that makes you check your phone every now and again, whatever you’re currently doing.

Well, guess what, while I used to find that distressing at times (not so much though as I’m your typical mobile phone addict) I wish it was the only thing intruding with my so called “private life”. As a working mother of a two-year-old, I don’t have much of a private life. Let me just tell you that he’s in a phase when he goes to bed at 10 PM – that should suffice.

Anything can happen, anytime. Social media is like that – and the most unexpected things (and usually very negative things) will happen on a weekend night or when you’re on vacation, thinking you’ll just lie on the beach for two weeks. We al know that’s highly unlikely!

And then. You’ve been having the plans to get away for the weekend for months. Booked and paid for everything. And your kid suddenly gets very sick and that’s all that matters. Well, you’ll go away some other time. Like, never.

I myself have stayed up into the small hours (and on the weekend, of course) when our hosting service had an outage. This is something you take into account with the job and once you’ve done that, it starts feeling normal. The good thing is, this won’t happen a lot (hopefully!), but it’s an emergency you have to be prepared for.

But with a kid, you need to be prepared for many, many nights of barely a couple of hours of sleep. No one to delegate your tasks to (well, your partner might help, but I wouldn’t really count on the fact he’ll wake up to every sound, just as you will). No leave to take a break from it all. Staying up one night for social media really seems like a pleasant break 😉 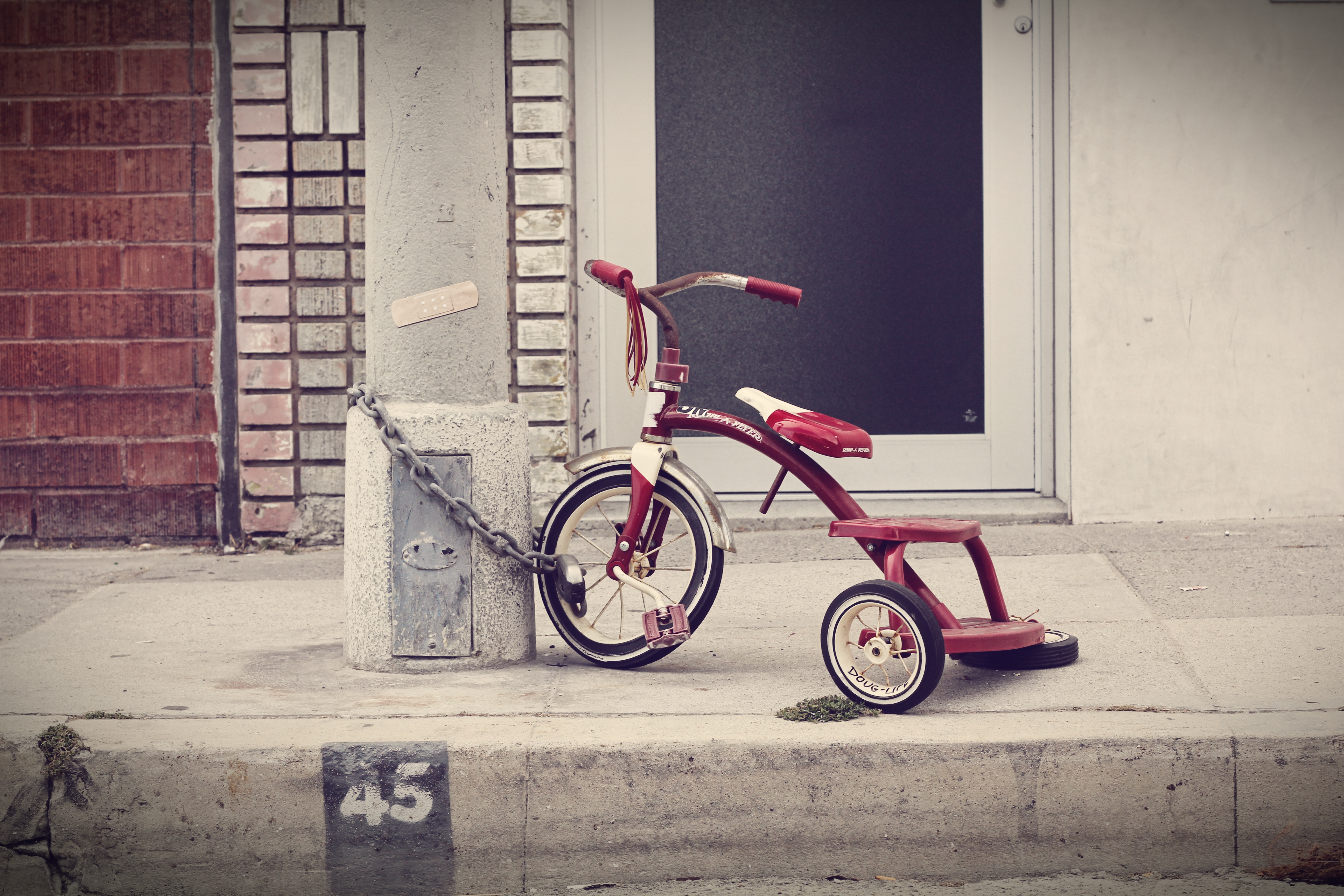 Maybe he wanted to play with your iPad and you didn’t let him. Maybe the food on his plate was not in the order (shape, color, pick one) he’d expected. Maybe his favorite T-shirt was not his favorite anymore (come on, didn’t you know that?).

Of course, upset customers can also pose a communication challenge. But usually they do have a solid reason to be upset (even though these reasons may sometimes seem trivial to you, they may be really serious for the customer. Wait a second, isn’t it almost exactly the same with your toddler?). Most often, it’s an issue that can be resolved in one way or the other. Or compensated for, if not resolved. You do have a wide variety of options to turn a complaint into something positive – and it’s up to you and your creativity (well, in most cases, at least).

But what can you do if suddenly the color red just won’t cut it? Hint: Just wait it out. It will stop at some point.

I’ve never been particularly patient. Working in social media has taught me a great deal of patience, though. It’s that kind of a job. You learn to listen to other people, respond to their problems and questions, help them overcome any difficulties they may have stumbled upon when using your product or service. You learn to be empathetic and step in other people’s shoes.

But boy, nothing prepared me for the depths of patience I’ve had to muster when dealing with a two-year-old. (Although I think social media might have helped a bit. Or maybe it’s just my age.) The places I have to look for the patience I don’t have. You don’t want to know (unless you are/have been there, then you do know).

What I’m thinking now is, when you’ve had kids first, and then take on a social media job, nothing will stand in your way. But if it’s the other way round, you still have a lot to learn, like I did (and still do).

So keep calm and carry on! Keep rocking those social media channels and struggling to keep your sanity with your toddler. And if you have your own observations on either of the two, I’d love to hear them.