Jay Baer is a marketing consultant,speaker and author of the New York Times bestseller “Youtility”. His recent GetResponse webinar was a big hit! At the end, the audience had great questions. Is organic reach on Facebook still alive? How do you create relevant content? Do companies need to be everywhere in social media? Grab a cup of coffee and enjoy reading his answers to these and many more questions.

Q: What’s your advice on old-fashioned companies that don’t want to do “Youtility” marketing, but just want to raise awareness?

Q: What are the two types of relevancy?

JB: The two types of relevancy are: circumstantial relevancy and location relevancy.

JB: Absolutely! In fact, in many cases, it works as well if not better in nonprofit organizations. The key point is, it only works if your nonprofit can get to the point where they can tell a bigger story.

The problem with almost all nonprofit marketing is that it’s exactly the same. They tell what they do and where your money goes, they show a picture of someone they’ve helped… It doesn’t tell a bigger story at all. Therefore, it is not terribly relevant or interesting.

Thus in nonprofits in particular, Youtility can be useful. Create information that is at a higher level, and you could be successful with this kind of program.

Q: There is so much going on in the digital world for solopreneurs. Where do you recommend I start? Should I do a blog, should I do Twitter, etc.?

JB: You’re right, you can’t do it all and certainly not by yourself. There are a lot of ways to answer that question. It depends on what your actual business model is.

I believe that the best place to start is to create content that has a longer shelf life, like a blog, LinkedIn publishing, or Slideshare. These are fantastic media to generate awareness for a solopreneur. And then you can amplify that stuff on Twitter, Facebook, etc.

Spend time first creating content that pays an “information annuity”. The problem with Twitter as the only vehicle is that when you send a tweet, it’s gone — it evaporates. I think you should concentrate on content first and then social as frosting on top of that.

Q: How do you feel about posting non-useful material on Facebook, just to get interactions?

JB: Well, there are companies that post things like memes that have nothing to do with the company — like putting the cookie recipe, because everyone likes chocolate chip cookies. I’m kind of torn. On one hand, it makes sense, because you’re playing the algorithm game on Facebook. The more somebody likes, comments, and shares your content, the more it will be seen online.

I would say it’s OK to post some off-topic content on social if you’re also doing some content that’s relevant to your business as well. If you’re doing things to get a “like” and after that you follow up with content that actually supports your business — that makes sense. However, if you’re creating content just to get likes on Facebook, and you never talk about your business, you’re not in business. You’re just a magazine, and that doesn’t make sense. I know sometimes people fall into that trap.

You can still do it, but it requires some type of a breakout post, something that transcends a historical basis. The challenge is that those kind of posts (that transcend) are hard to plan. It’s kind of like catching lightning in the bottle.

It’s sort of like viral videos on YouTube. If you create a video and you’re going to put it on YouTube, you have some sense of whether or not it’s going to work. But most of the time, if it takes off, it’s like: Wow, I had no idea it would do that well. Same thing on Facebook. You can have great organic reach. It’s just hard to plan for it. And that’s what makes it a challenging time for Facebook in particular. 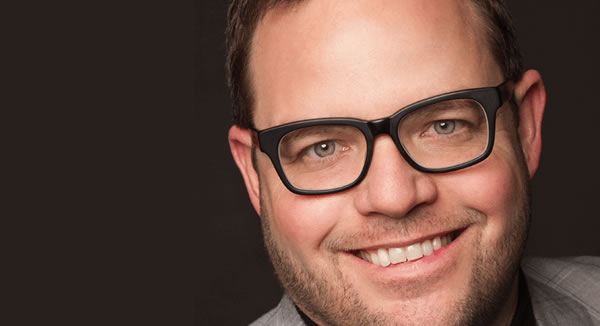 And now a question for you.

Have you read Jay’s bestseller “Youtility”? If so, we’d love to hear your thoughts. Let us know what’s on your mind in the comments section. Also, watch the webinar recap here!