All good journalism should tell a story. If we want to capture the hearts and minds of our audiences, then all writers – including business bloggers – need to turn to the narrative techniques perhaps more readily associated with the great poets and novelists, and recount their industry’s latest news and developments in a style that builds drama, suspense, and ultimately delivers its key messages in an emotive, memorable fashion.

Not an easy feat, by any stretch of the creative imagination – especially when, instead of flawed heroes and dastardly villains forming the heart of the subject matter, we instead simply have bare facts and raw figures to somehow inject life into.

Separately, of course, content marketers are mostly already aware of the importance of both storytelling and the use of hard data in their campaigns. But to combine the two…? Really? Is that possible?

Well, when we think about it, the idea of creating memorable brand stories using data actually makes a lot of sense. Bloggers often use data to back up any opinions they may put forth in their articles, statistics are very hard to argue with. But, in the end, isn’t data just a bunch of soulless numbers that, despite their exactness, do little to engage the emotions?

Solving this problem is something that has, in recent times, been given a lot of attention by content marketers, and indeed now some serious traction has formed under the wheels of data storytelling in content marketing campaigns. And I really do mean ‘serious traction’, as the very existence of Marketing Week’s Data Storytelling Awards pays testament to.

Romain Bertrand, UK country manager at eHarmony and a member of the judges panel at this year’s Data Storytelling Awards:

“Great data-driven marketing is based on unique human insight. The data is collected with a specific purpose from the outset and, importantly, solves a problem for the brand’s audience or customer. […] It needs to include tangible and verifiable evidence of the outcome at the end and it has to help a brand clearly differentiate from the competition.”

What Bertrand is essentially highlighting is the fact that data storytelling – like all good stories – should have a decisive beginning, middle and end. That is to say that what makes a story human – even one that essentially concerns some soulless numbers – is that in the beginning there’s a problem, in the middle there’s the battle to solve the problem, and in the end resolve is engendered and the brand (i.e. the protagonist) has grown in strength as a direct result. As (human) readers, we identify with these challenges, and with the brands that struggle to overcome them. This way, we're engaged with the narrative, which in turn transforms the data into something emotional and memorable. 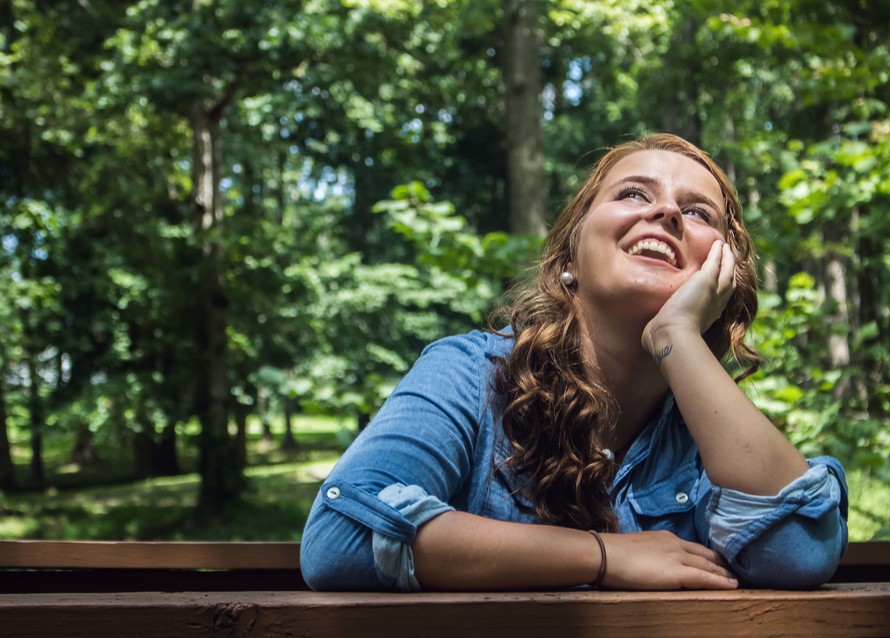 What’s immediately so difficult about creating stories from data is the apparent lack of humanness in the stuff. Melanie Spring, chief inspiration officer of branding agency Sisarina, quite rightly observes that “Storytelling is humans talking to humans about humans” – so how can marketers inject some recognizable humanity into the numbers that inform the narratives of their brands?

Well, it can be done and to great effect, and so I want to use the remainder of this article to bring your attention to an example of data storytelling done well, and consider what lessons can be learned and how the rest of us may implement a similar tactic in our own campaigns.

How Buffer got 300% more people to read their content

In a blog post from 2014, Buffer told the world about how they managed to increase the readership of their content by 300%.

“Your valuable content is a vitamin,” writes Alex Turnbull. “You know that if you could just get people to take it, they’d be healthier and more successful. But no matter how hard you try, many people can’t be convinced to swallow vitamins. They don’t taste good, and they’re not fun to take.

“Vitamins may be what we all need, but candy is what we want. So what can we do?”

The post is a fascinating read for three reasons:

Buffer ran an A/B test of a blog post that they had written entitled ‘How We Got 1,000+ Subscribers From A Single Blog Post In 24 Hours’.

“Some of our visitors were sent to a version of the post that started with a simple story that led into the ‘meat’ of the content, while others found a post with a no-nonsense intro that jumped right to the point.”

The experiment resulted in nearly 300% more people reading the blog post that contained a narrative, with the average time spent on the story version more than five times higher than the one without a supporting story. 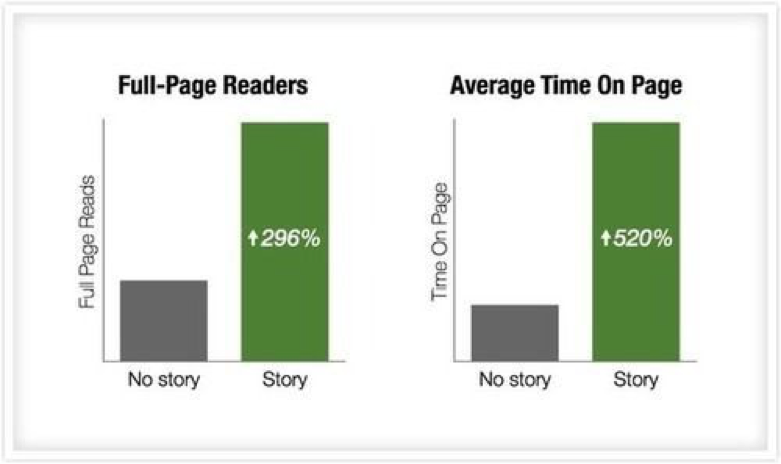 The moral of the story

There’re a few things that we can learn from this blog post. First, that storytelling works. But also, by sharing the data that you gather from your A/B testing exercise, you’re able to create a compelling story that will be perceived as valuable by your readers.

The lesson? Share your data and let others learn from it, and you too can create a story that positions your brand as human.

Got any more great stories using data? Please share your human journey in the comments below.