Engagement is the most meaningful metric on social media right now. It almost doesn’t matter anymore how many Facebook likes or Twitter followers you’ve got. If they’re not engaged, your ROI is probably MIA.

So what’s a marketer to do? Well, start with one golden rule: Listen more than you talk. “Listen” could be studying your analytics, or just reading comments. Pay close attention to what your audience has to say, whether they’re saying it to you or not.

That’s a good start, but there are a few specific things some social media marketers do that are considered bad form. Some of them are alarming common. Generally, these are newbie social media marketer mistakes. But many of us who’ve been doing this a few years can also slip now and again and create a social media marketing faux pas. Hopefully you won’t see yourself in any of these items, but if you do, it’s an easy fix: Stop.

1) You join a group and immediately start pitching your products, services or your content.

This can happen in Facebook groups or LinkedIn groups. Sometimes the marketer almost gets it right. They at least pick a relevant group, but then they jump right in by promoting their stuff without contributing anything first.

Do this in the wrong group and you can get yourself banned (especially on LinkedIn). Even on the more forgiving groups you might get your post deleted or moved to a “promotions” thread. Proper group etiquette goes beyond just diving in and pitching your stuff, though. Even if you’re contributing, there are still some guidelines:

For more insights into what’s not appropriate to share on a Facebook group, see Headband for Today’s post on the subject. Note that her post is for Facebook. Posting on a LinkedIn group would have even more restrictions. For a good take on LinkedIn group etiquette, see this post about LinkedIn etiquette from Greg Cooper. It has a section specifically about groups.

Of course, most advice that goes for Facebook and LinkedIn groups goes for forums and other online communities, too.

Facebook lets us tag people in photos, posts and comments. When you add a tag for someone, it creates a link to their profile. They also get a notification. The post you tagged may also show up in their timeline, and it may be visible to their friends.

This is a cool feature, but it can also be a bit of an invasion of privacy. Unfortunately, because it’s a great way to get people’s attention, it’s also been a bit abused. So please don’t use tagging as a way to promote yourself to people who don’t know you, unless you’ve mentioned or featured their work in a positive way.

When in doubt, it’s nice to ask people before you tag them. Also, don’t tag people if they aren’t in a photo. Don’t tag yourself if you’re not in the photo. 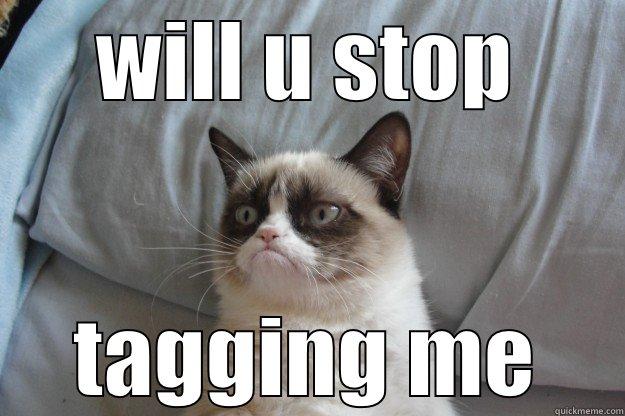 Photo credit from JayBaldwin.com. That site also has a nice post on the details of tagging etiquette.

Here’s an example of a Twitter burst. All three of these tweets were sent within one minute: 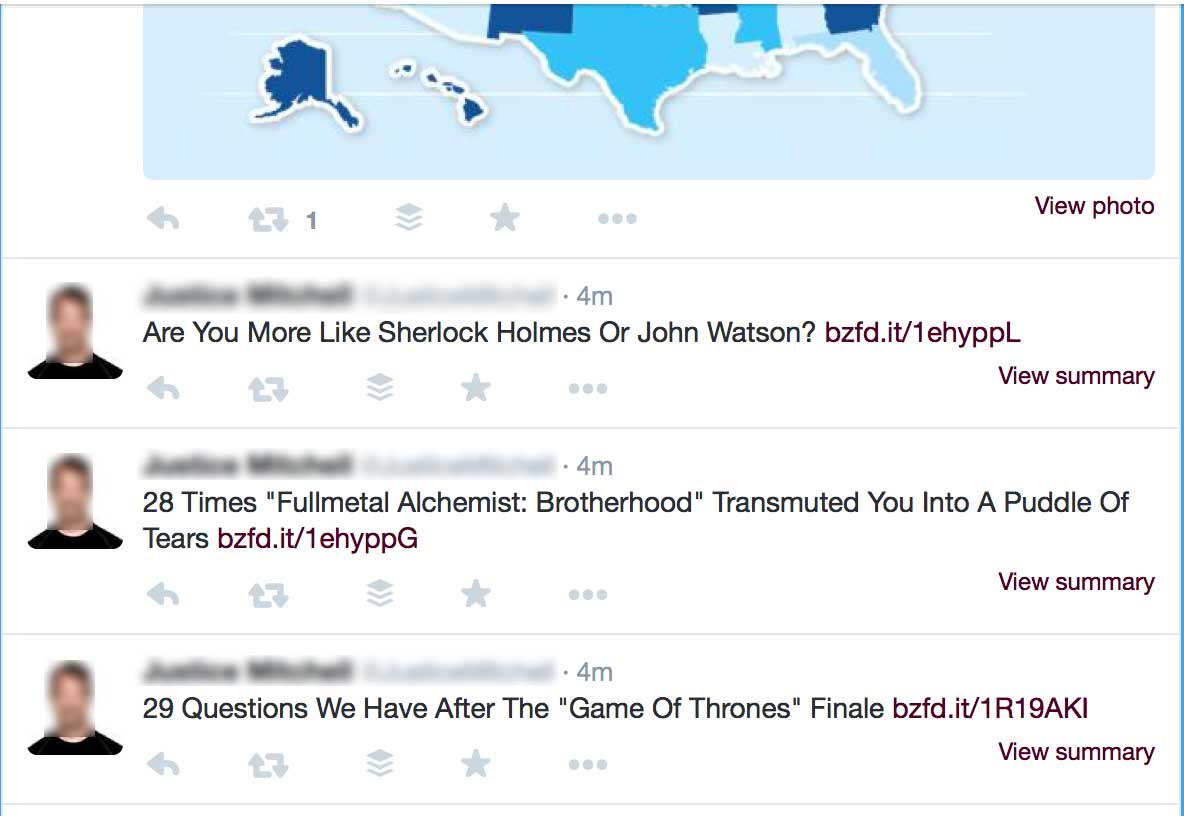 Still need more proof this is a bad idea? Here’s research from Buffer that Twitter bursts are the #1 reason people unfollow brands or other people: 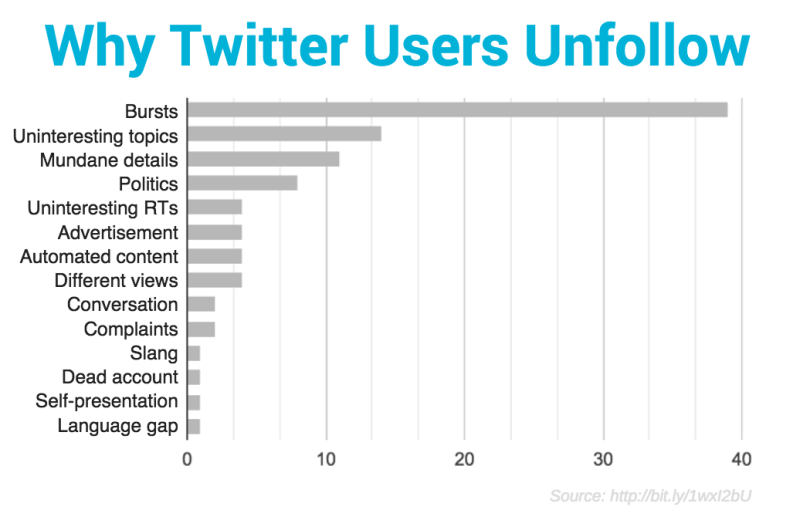 4) Limit yourself to 2 (and no more than 3) hashtags on Twitter.

There are many articles about hashtag etiquette online. While it might not seem like hashtags are fodder for strong feelings, apparently they can be.

Here are some basic guidelines for hashtags: 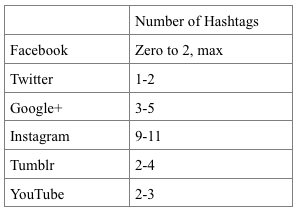 This is basically too much too soon. Even if you say something like “ask me anything about Internet marketing”, it immediately alarms your new follower. They’ll worry they may have just followed an overpromoter. And they might be right.

New connection messages even worse if you immediately make a sales pitch. This also applies to LinkedIn, where it is okay to send a “nice to connect” note, but it’s not oaky to immediately go into sales mode and try to schedule a demo. I personally don’t like it when people send a direct message to ask me to follow them on another network, but some friends I’ve talked to aren’t bothered by this.

Take note: We may start seeing A LOT more direct messages on Twitter soon. Twitter recently announced they’re going to extend the maximum character length of direct messages from 140 to 10,000. Expect the change sometime in July.

As the saying goes, “give credit where credit is due”. Google+ has a bit of a content curation twist to it, in that people often post updates that summarize blog posts or other content. Often the Google+ post may just mention one particular tidbit from that piece of content that they liked the most. This is a great practice of putting your own spin on someone else’s content, but it requires an acknowledgment of where you got the cool idea.

Giving someone a hat tip couldn’t be easier. Just add “h/t” and then the person’s username with a plus sign. This creates a link to their account and notifies them. You can write out “hat tip” or use the “H/T” shorthand. For example, “H/T to +GetResponse” is fine. So is “hat tip to +GetResponse”.

Here’s an example of a hat tip Rand Fishkin gave to thank Mary Bowling for sharing a great SEO tip: 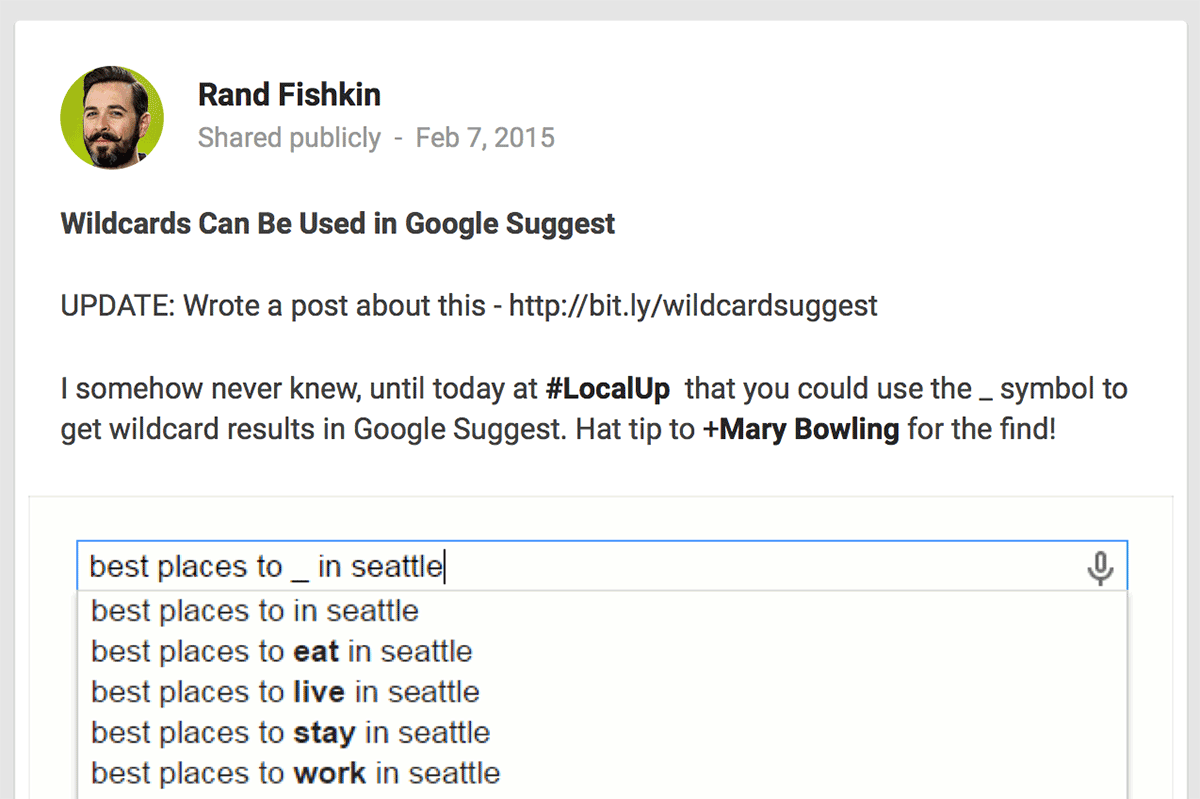 This is one of the more widely talked about social media best practices (https://www.getresponse.com/blog/build-genuine-social-media-conversations.html), but I’m still seeing many small businesses skip it. Often it’s not because they don’t know about it; they’re just afraid people will click that third party content and never come back. Don’t worry – they’ll come back!

You can even use a tool like Snip.ly to add an overlay at the bottom of the page you’re sending people to (yes, on the third party site) that will prompt people to come back to your site.

See the page below? Tresnic Media shared this post from the Conversion Scientist blog in their Twitter feed. Because Tresnic used Snip.ly to create the link they shared, they were able to add this neat overlay to the bottom of the browser window. This can be done with any page online. 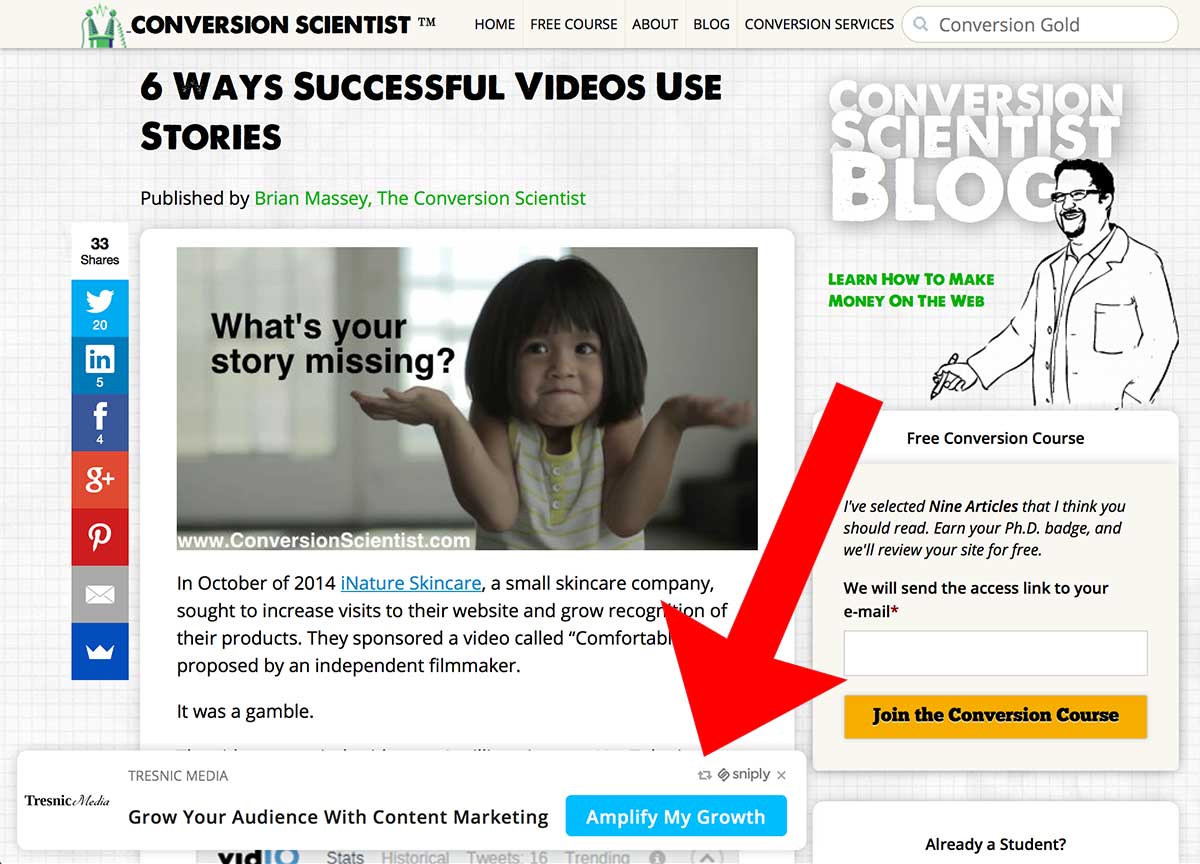 So you can still share third party content and have an opportunity to pitch your own stuff. Snip.ly even lets you add an email opt-in form to these overlays – and it works with GetResponse! This is one of the best sleeper list-building tricks.

However you share other people’s content, please do it. Sharing only your own stuff comes off as being a whiff self-centered. Or worse… boring.

9) Say thank you now and then.

You’re not expected to say thank you every single time someone likes a post, but a thank you here and again is nice. It’s also a good way to get on someone’s radar. Recently I tweeted a cool post Melonie Dodaro had published. She thanked me the share a couple of days later.

Gee… do you think I’m now more likely to share her content in the future? You bet.

Got any social media etiquette pet peeves I missed? There’s a lot of them… Tell us about yours in the comments. If you speak up, maybe just a few of us might try to stop doing them. ☺