Have you heard how likes don’t really matter anymore? That Facebook followers are worthless? It’s not fun news to hear if you’re a social media marketer, but most of the best social marketers have known this for awhile.

They’ve been at too many meetings where senior staff demanded to know what those followers were worth. They’ve had to create the attribution models to prove the value of their work.

These are the type of social marketers who know to generate real revenue. And they know it doesn’t come from likes.

Smart social media marketers know that what really matters is if your audience engages with your posts. Without engagement, Facebook marketing is really nothing more than advertising. Maybe that sounds harsh, but isn’t it true? If no one is clicking or liking or interacting with your Facebook posts – are those posts really anything more than display ads?

Of course, even if we pare posts down to “nothing more” than advertising, they’re still valuable. Advertising is most assuredly not dead. And “just” getting your brand’s name and content in front of people – even if they mostly ignore it –raises brand awareness. It indirectly influences sales. But it’s woefully short of what most of us hope to achieve.

We need those engagement actions to prompt people back to our sites. To get them to trust and like our brand. And, eventually, to buy from us. And then to come back and buy again.

To understand engagement better, it helps to know which types of engagement actions happen most often. In other words, how often is each type of engagement used? That’s what social media analytics company Quintly wanted to find out. So they studied 130,000 Facebook posts earlier this year.

Here’s how the data stacked up: 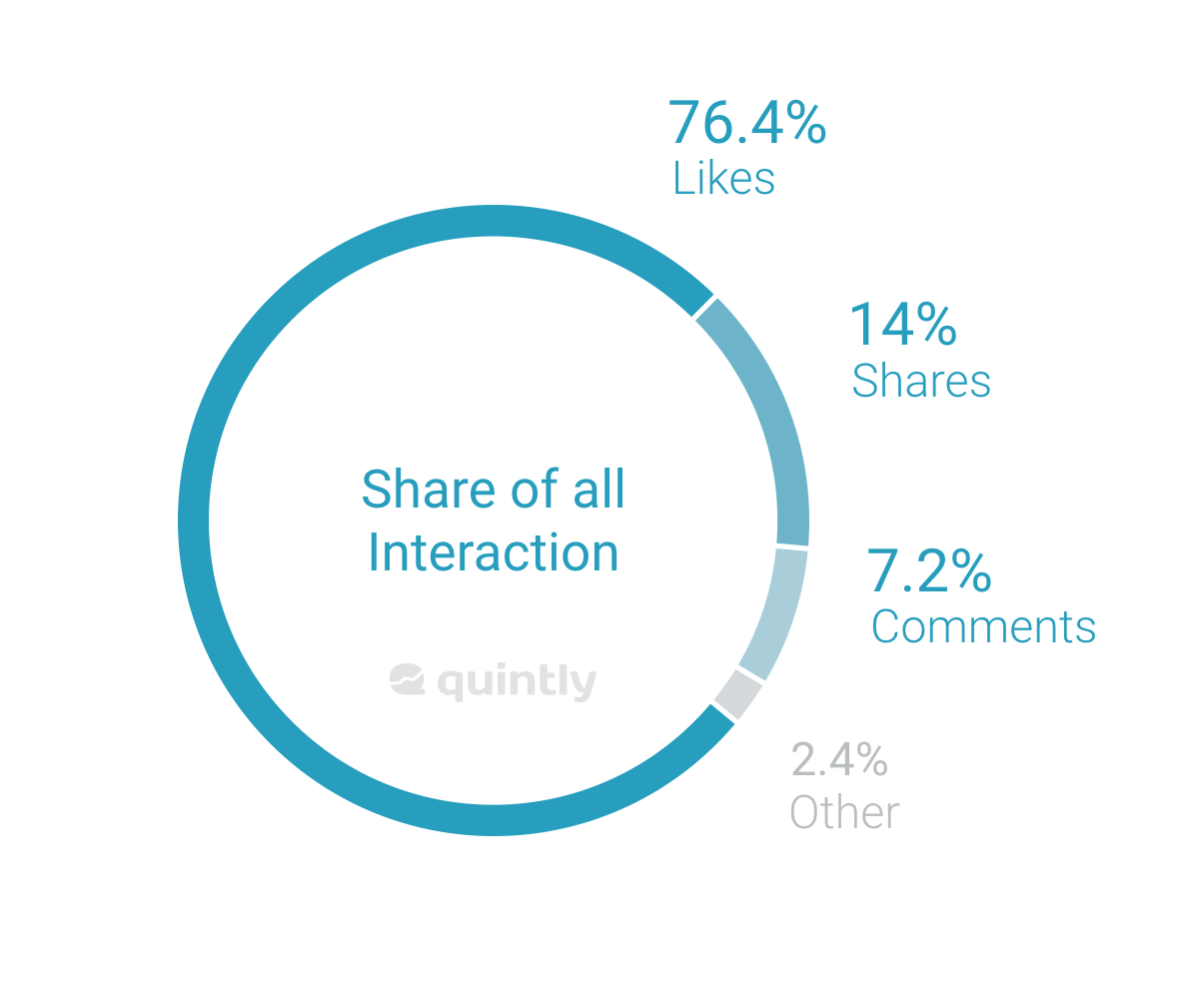 As you can see, most interactions are likes. And those new “Facebook Reactions”? They’re getting very little play. That may just be because they’re so new… or it might be because users don’t really like them. I’d give it at least a few more months before I’d call it either way.

When people do use those new reactions, here’s the ones they use most often: 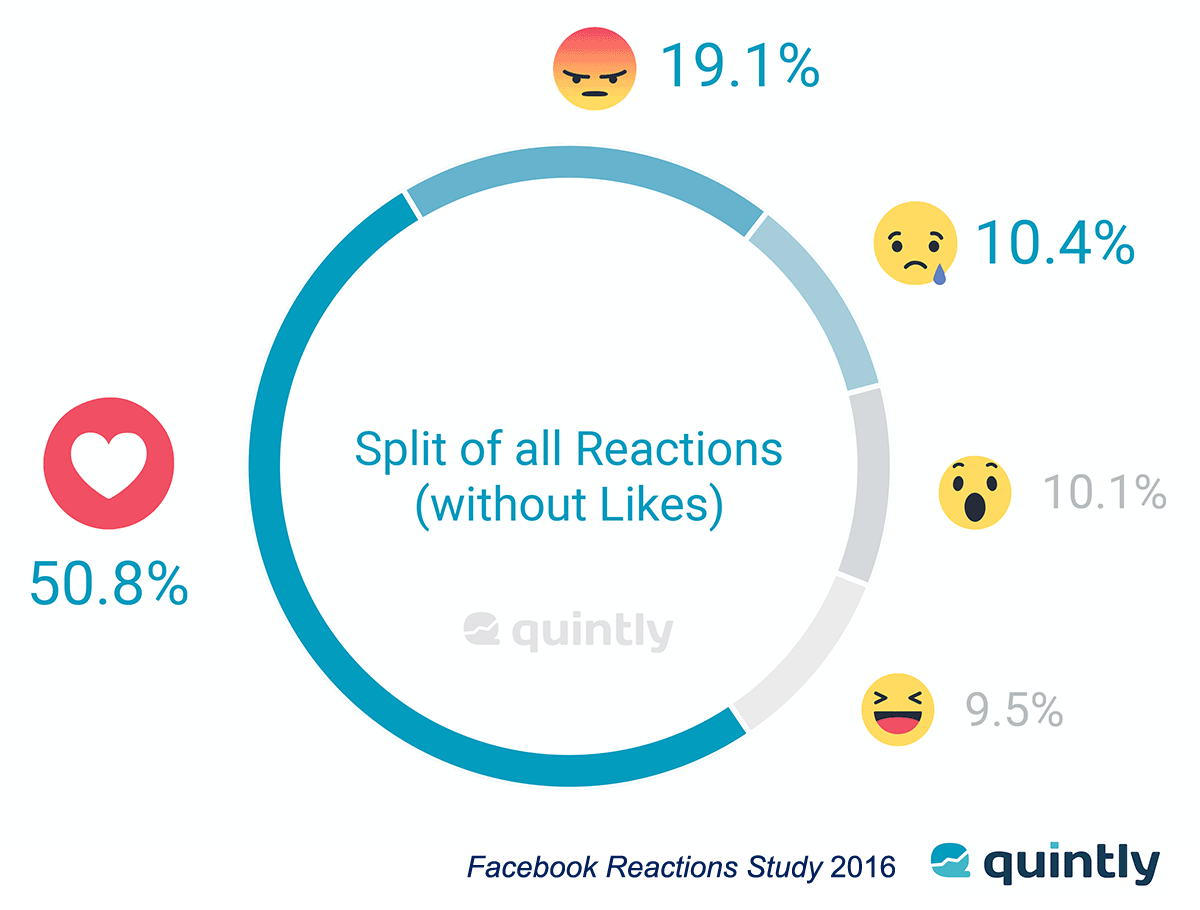 Looks like the old “like” button is still getting a lot of use, even if it’s now a heart button.

It’s too soon to tell how these reactions will affect engagement rates. But hopefully they’ll increase them – by a lot. Many marketers consider anything from a .5% engagement rate to a .99% engagement rate to be pretty good. And remember – that’s the percent of people who see your posts. If you’re like most Facebook marketers, only about 6% of your posts are getting seen at all.

So how do we fix this? How can you beat the average Facebook engagement rate?

Well, you can apply all the usual best practices to increase engagement rates. Like these:

According to Refinery29, “The optimal length of a headline for social engagement is 25 to 55 characters and has 4 to 10 parts of speech.  Articles within this range average about 20% more shares.”

2) Use less than 50 characters in the body of your posts.

BuzzSumo’s latest study of a gazillion Facebook posts showed that people tend to like shorter posts better. (Okay, I lied: It was only a billion posts.)

It’ll get you a 23% increase in engagement.

Fewer posts being published tends to mean higher engagement rates. So says this chart from BuzzSumo. 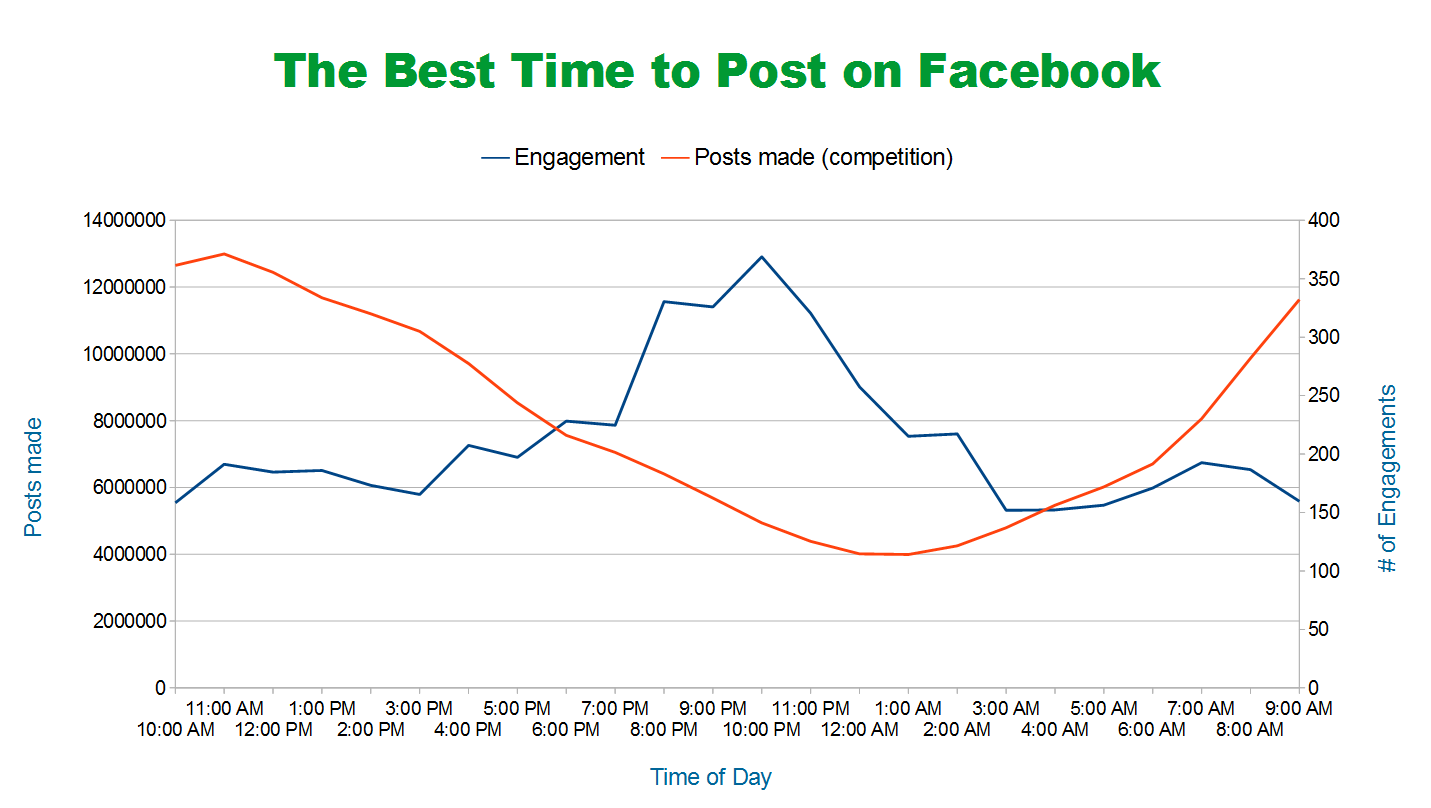 Skip the stale company-centered information that only people in your company would care about. There are too many company Facebook pages that are painfully boring, and quite a few retail pages that make the same mistake. So fix it: Post what your audience wants to see, not what you want them to see.

Which posts have performed well? Make more posts like that. Also look at which posts flopped. Publish fewer of those.

8) Avoid stock photos where you can.

Photographs of actual people are more believable. They make your audience feel like they’re really getting to know you – not some glossed-over marketing campaign. There’s even proof that photos of real people convert better than stock photos.

I know it takes more time to do this. But what works as a tweet does not work well as a Facebook post. The platforms are very different. Same goes with LinkedIn or Google+. 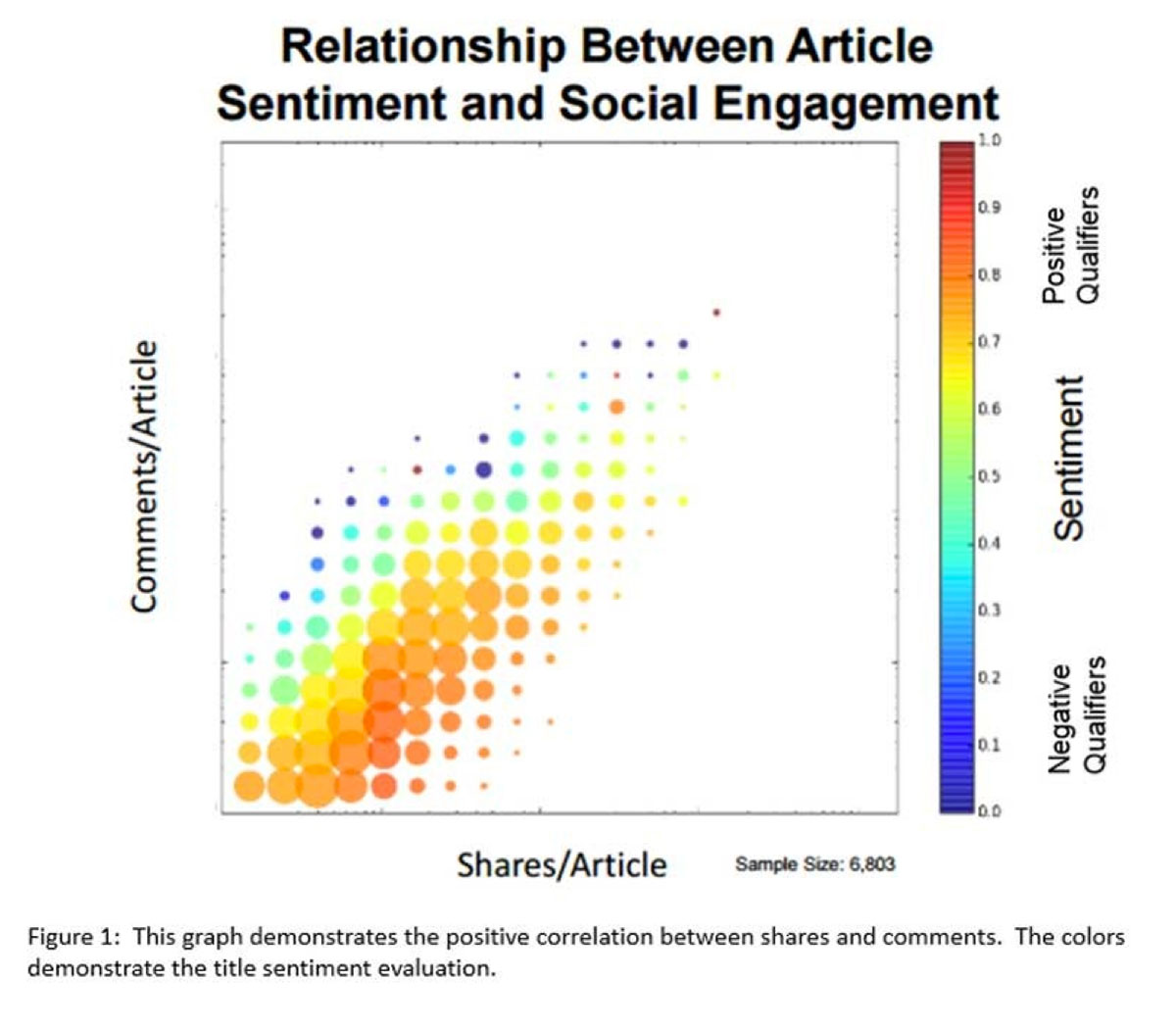 I’d like to echo this, and expand on it.

Be remarkable – or get terrible engagement

The list of the pages I found with exceptional engagement rates is below. It’s not a long list, but there’s one noticeable thing about all these pages. In the words of Seth Godin, they’re “remarkable”.

Surprisingly, these pages may or may not be following the best practices of post creation and sharing. And I’m not sure it’s hurting them very much. Instead of just dressing their posts up right, these companies and people and causes may be getting their engagement because they are totally committed to who they are. They’re distinct – like the retailer who sells only purple stuff. Or they’re fiercely opinionated, like Gary Vaynerchuk.

After looking through all those Facebook pages, it seems like it might not be the little touches and tricks I mentioned above that make people engage with posts. Those best practices help, of course. But what’s really going to move the needle is way harder than posting at the right time, or adding an image.

What really moves the needle is being distinctive. Not playing it safe. Not trying to appeal to everyone. The pages with crazy-high engagement rates have something to say. They have a unique view. And they aren’t afraid to share it. 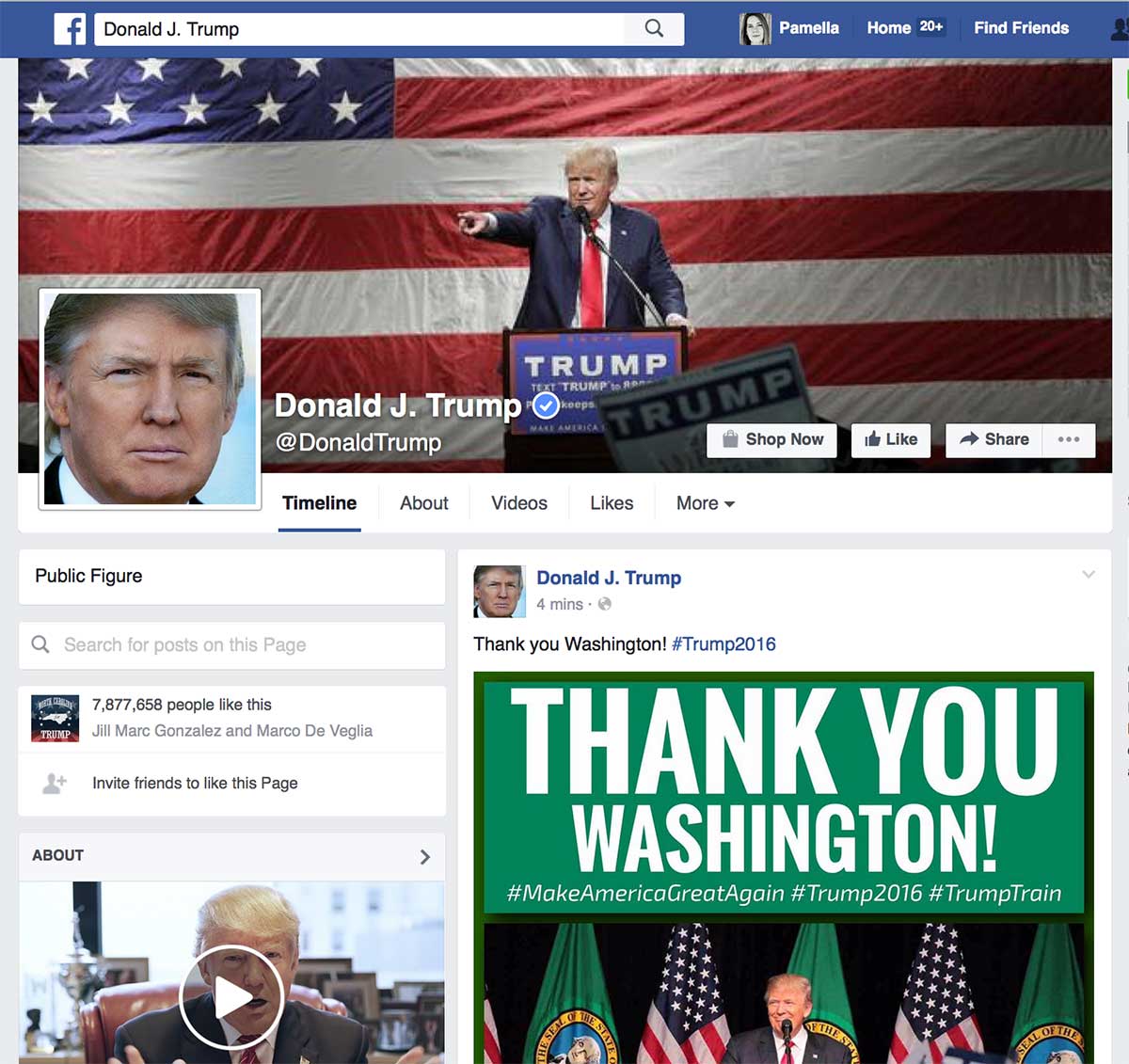 Gary may not be everybody’s cup of tea, but if you like him, you probably really like him. His posts get an average 4.1% engagement rate. 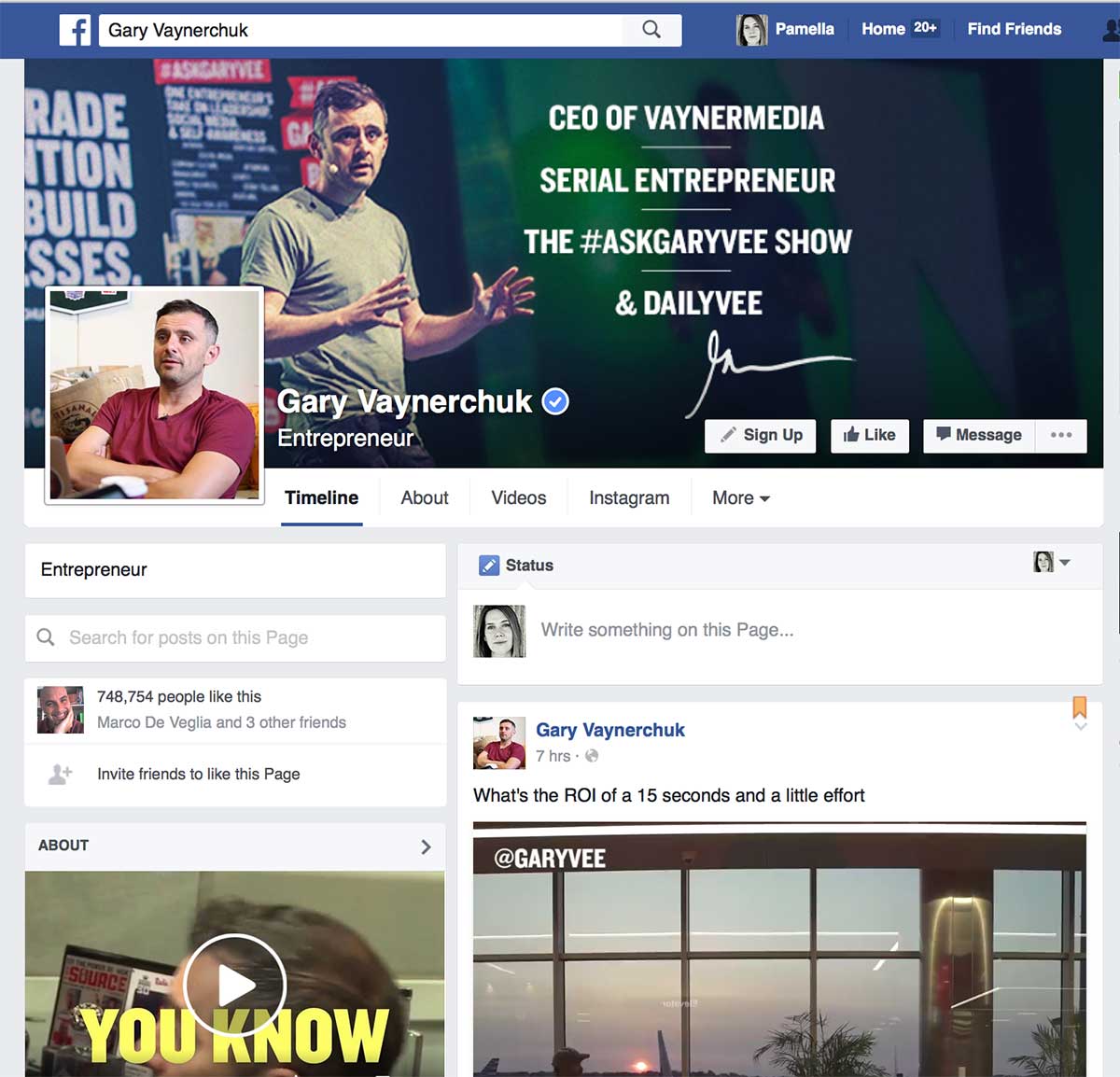 I thought that pretty much any page that posted lots of dog and cat photos would get a high engagement rate, but I was wrong. This page was the exception. They get an average 1.4% engagement rate for their posts. That’s not off-the-chart extraordinary, but it’s more than 10x what the average engagement rate was for the pages I checked. 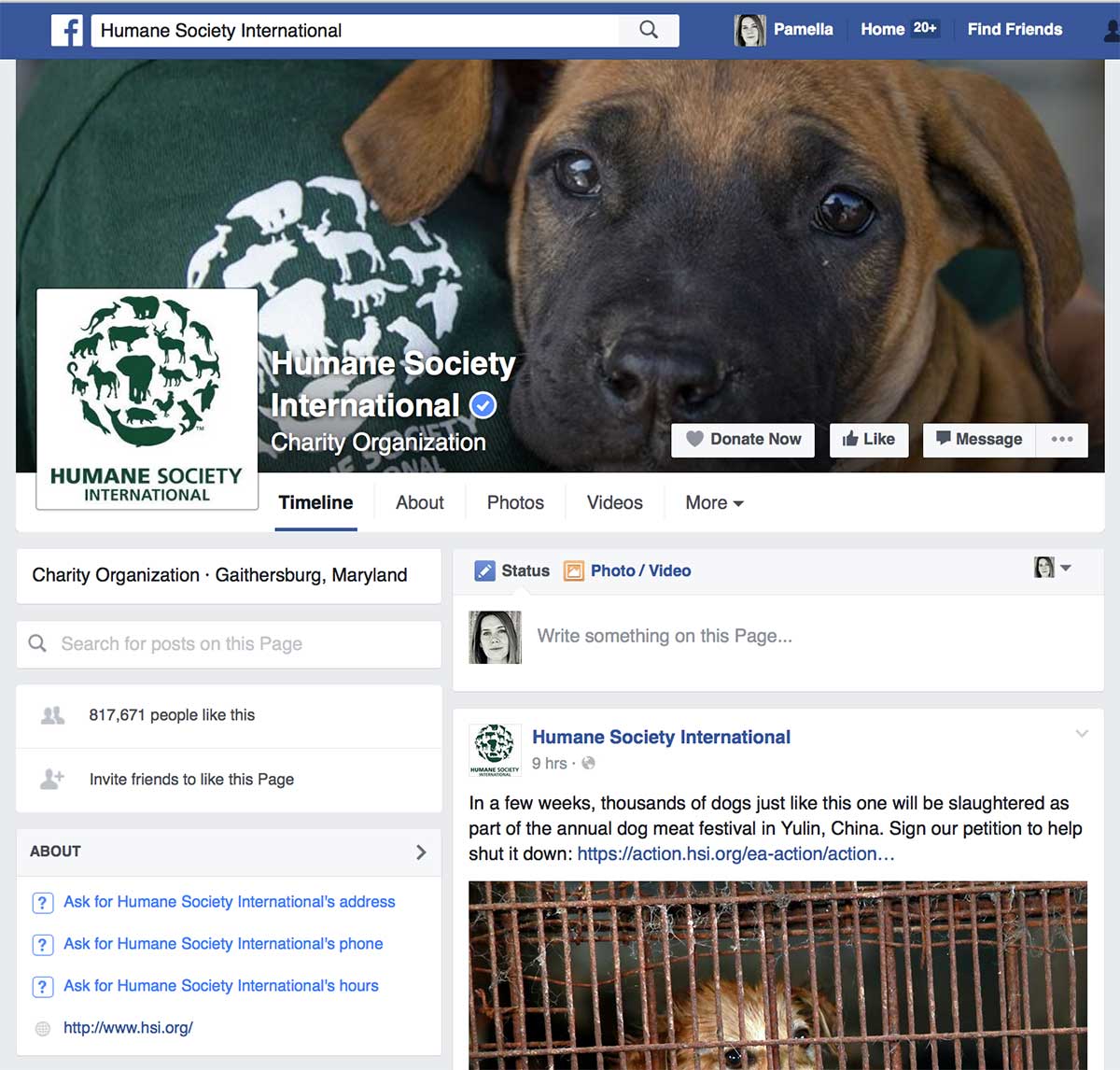 I almost gave up on finding a retailer that could break .2% engagement. Then I finally found these guys, who blew that barrier away with a 2.9% engagement rate. 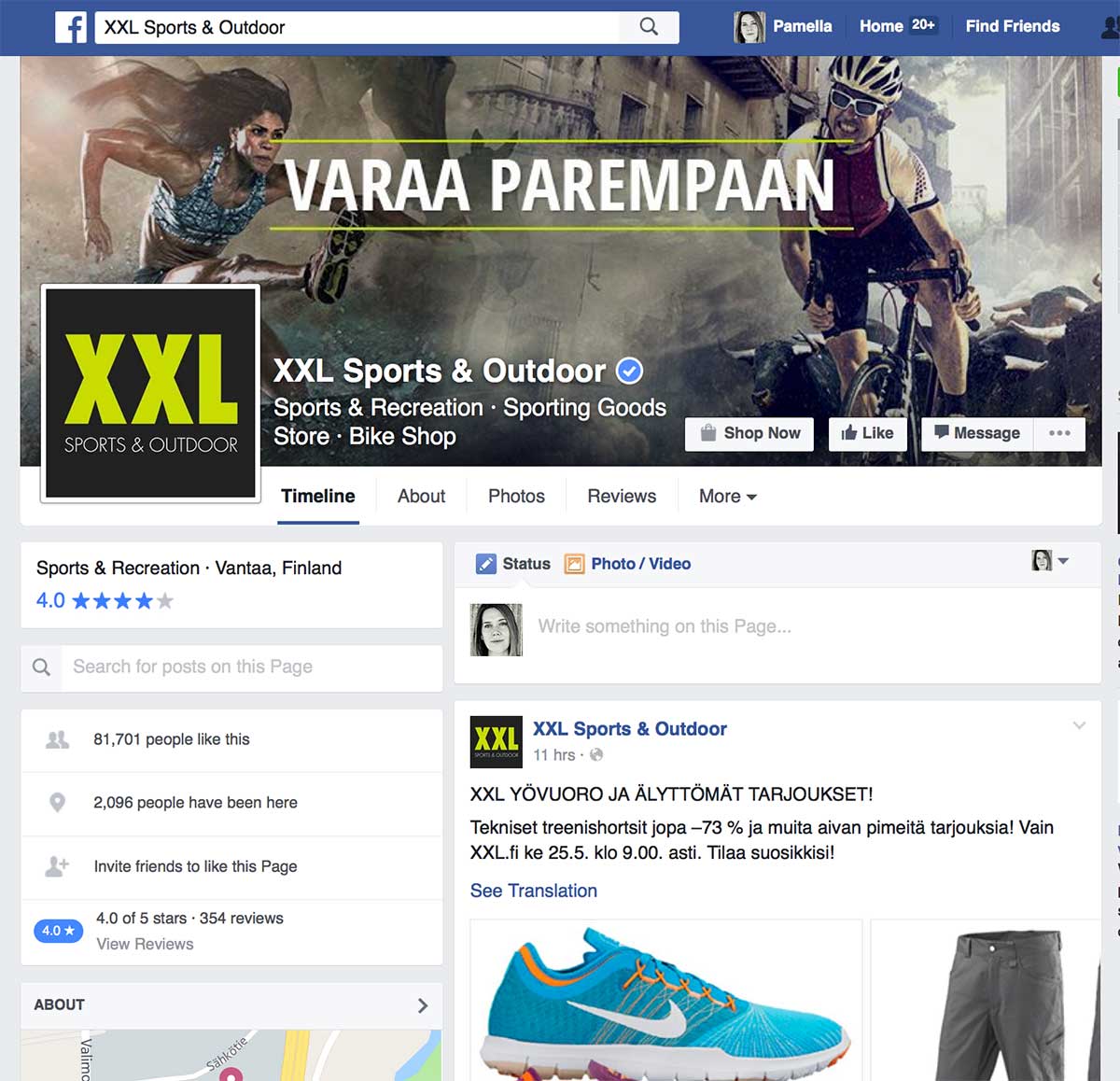 Do any of you remember when Seth Godin urged all of us to become “purple cows” ? These people were definitely listening. And it worked: A 1.6% engagement rate is pretty awesome for a home goods store. 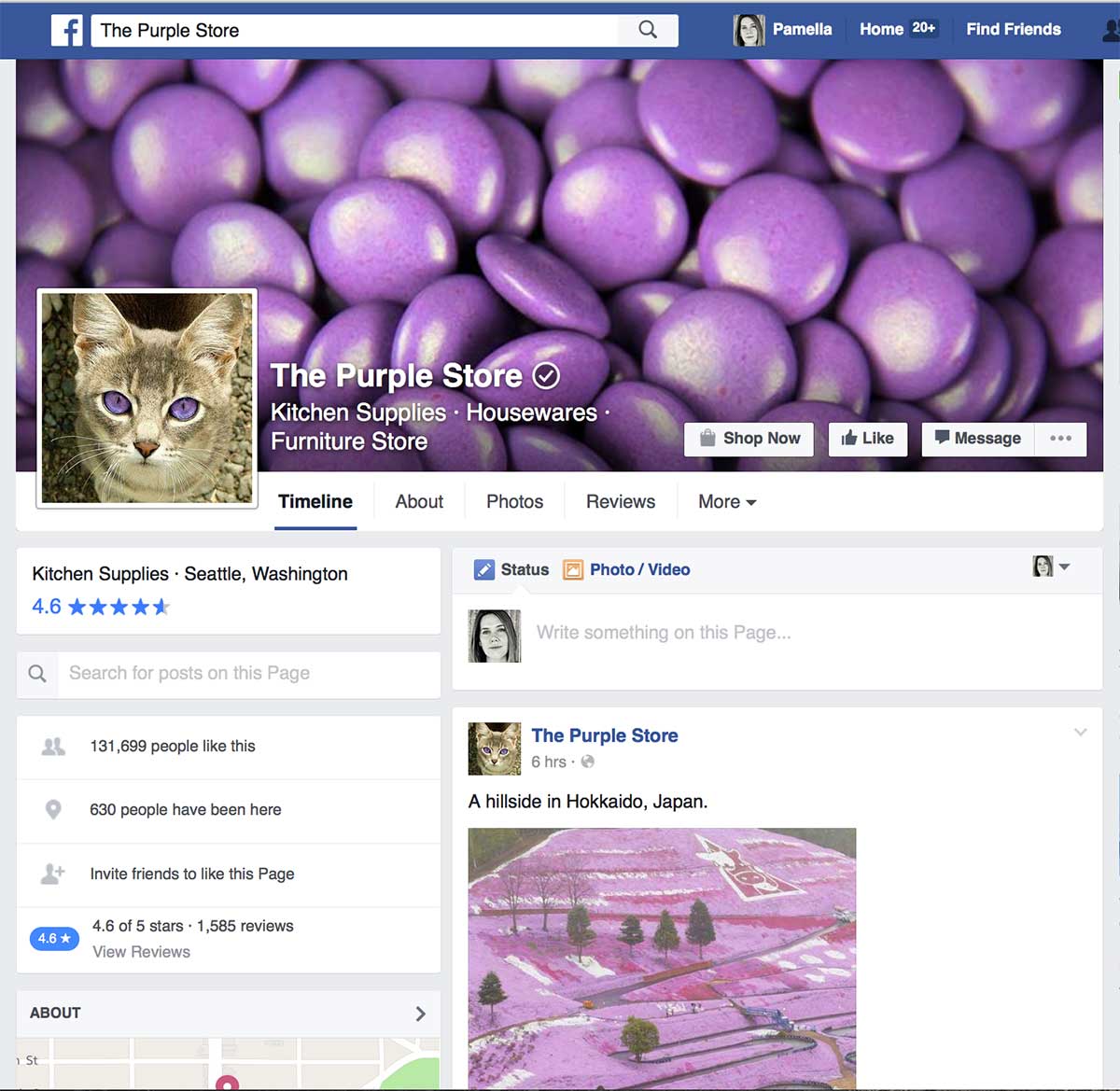 There are a bunch of proven best practices for getting more engagement on Facebook. The challenge is to find the best ways to apply them, and then to keep applying them.

But they may only take you so far. As social media gets noisier, and more competitive, and more expensive, the only real way to get massive reach may be to become truly extraordinary from the ground up. Get that right, and your posts’ engagement may take care of itself.

What kind of engagement rates are you getting on Facebook? Have you run any tests that proved these best practices help? And what do you think of taking the risk of being almost dangerously distinctive? Realistically, that could backfire, too.