Folktales, fantasies, fables, falsehoods, fabrications, fictions and fibs – the internet is brimming with many myths and misconceptions on how to worm your way to a meaningful return on investment with your social media marketing campaigns. These fallacies actually manage to travel faster, farther and wider than they do in other industries, simply due to the very medium through which they have evolved – digital communication.

Ask any social marketer or regular blogger out there, and they will tell you these pesky little illusions crop up all the time – and there’s actually a very good reason for this. Nearly all social media marketing lies and myths almost always begin with a grain of truth. Indeed, that’s exactly what makes them so shareable and spreadable – if they were complete and utter nonsense, then no one would ever believe them in the first place.

And so they spread, snowballing in their bogusness, picking up little verifications and qualifications as to why they are marketing gospel along the way. And pretty soon they’ve reached the screens of millions of users worldwide and they become like common knowledge.

“A lie is bad, the truth is best, but a half-truth is the worst of them all.”

Well, here and now we’d like to put a stop to some of them. We’ve rounded up these lies and myths in order that we can debunk them.

1. If you build it, they will come

No they won’t. Whether it’s a blog, website or top of the range ecommerce online storefront, with literally millions and billions of blogs posted, page views and purchases made online everyday, without a meaningful strategy in place to market and share your content across social media channels, no one is going to be able to find your site at all. Put simply, it’s not enough to simply produce content anymore, you have to actively promote it.

Wrong!! Social media is 24/7/365. Hopefully this won’t come as too much of a shock to any newbies out there, but that’s the truth of it. To ensure that your marketing campaigns make a meaningful impact in the world of social media, you can never, ever switch off. And that means utilising plenty of scheduling tools (we do appreciate that marketers need sleep, even if the internet doesn’t).

I have to say that I’m surprised that this one is still floating around out there. But it is. Reposting the same articles and links over and over again does nothing but irritate your following.

Mix your content up and keep it interesting. Use different mediums such as images and video. Research shows that social media posts perform better, attracting more engagement and shares when they contain other media.

No they’re not. This myth has grown because internet audiences are supposed to have the attention span of a goldfish, right? But, in effect that’s just not true. Any blog posts that have anything at all of interest to say are going to be at least 800 words long – that’s just the nature of article writing. And it’s only blogs that have decent content and useful information that ever get indexed by Google. So, if you’re marketing, the short form, in the most part, is not good enough, and certainly not best. 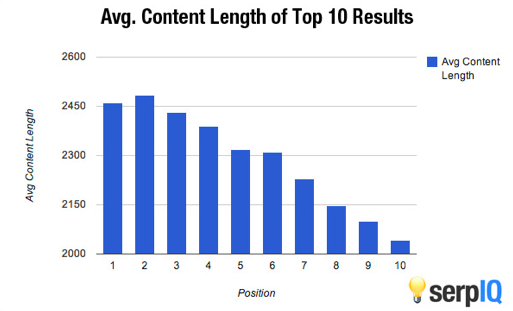 In fact, long form blogs and articles perform better in the SERPs and it’s been suggested that this is due to the fact that there’s just not that many out there.

5. Negative comments will ruin your business

Some people think that the best way to avoid any public negativity is to keep away from the social side of things altogether. This is nonsense. The best way to avoid bad feedback is not to be a bad business – and that means getting on social media and promoting yourself. While it’s true that even some of the greatest companies in the world will occasionally get harassed by some Facebook hound with a bee in his bonnet, provided you’re not doing anything wrong, they will just end up looking silly. Be the best, and be proud of it on social. Simple.

6. The bigger the following, the more valuable it is

Not always. If you follow this fallacy to the letter then you will end spending a fortune on those ridiculous Twitter posts that say something like: “Buy 10,000 followers for just $5!!” If you do this, then you may very well end up suddenly with a few thousand extra followers, but they will almost definitely be from dead accounts, and therefore will do nothing to promote or engage with your brand. Worst of all, these are so common that your genuine following will recognise immediately what you’ve done, and you will end up looking desperate, so don’t do that.

7. Social is only about discoverability

While this is true, social media is about a lot more besides. For one thing, it’s an unparalleled channel for customer service, not to mention crowd-sourcing, traffic building, customer relations, sales, business intelligence and identifying brand ambassadors and key influencers. Whatever you do, do not simply dismiss social media marketing as a means only of getting your business discovered.

8. Social is a job for interns and apprentices

This couldn’t be further from the truth. Social media marketing is one of the most important jobs in your business. A marketer is the portrayer, guarder and enhancer of a company’s reputation and personality. If you think it’s some sub-standard role that can be handled by anybody, then think again. Social is a job for the president or CEO much more than it is for an intern. Don’t underestimate its importance.

No it isn’t – and neither are any of the other social media platforms for that matter. Facebook, Twitter and LinkedIn hold the top spots, true, but don’t ever forget Instagram, Pinterest or Google+. Think about it, before Facebook really kicked off, wouldn’t you have loved to be have been one of the smart ones who already had a firm foothold on the platform before everyone else jumped on the bandwagon and you had to start from scratch? Your following is everywhere on the internet. Go to them before your competitors do. Here’s another article tells you why and how do you set up a Google+ account for your business.

On the contrary, it’s a darn good one. While it’s quite understandable as to why this myth has arisen – why should I promote a company with which I am in direct competition? – it is nonetheless completely untrue. Sharing your competitors’ content does a number of things. Firstly, it shows your own followers that you are determined to deliver them the very best information – even if it doesn’t come from you. Secondly, you will probably find that your competitors start sharing your content in return – after all, just like them, you are an expert in their industry’s niche.

There’s an old saying that goes something like “keep your friends close, but your enemies even closer”, and that’s just as true for the social media marketer as it is for James Bond. It’s never a bad idea to keep a very close eye on exactly what your competitors are up to, and one of the best ways of doing is to build a relationship with them and actively engage with material that they produce.

Like anything that’s popular, social media is subject to a lot of discussion and since it’s a relatively new platform, people (including marketers) are still learning about the best ways to leverage it. Don’t take everything that you hear at face value though, instead, do your research, come up with a strong strategy and you should see great results!

Got any more social media marketing myths that you’d like to add to this list? Please let us all know in the comments below.